Before I talk about how my knee began talking to me, I want to mention some of the places I ran, when I was running. It’s a modest list compared to others who have run in every state and every country in every hemisphere,  but I’m proud of what I’ve done.

Los Angeles, Chicago, New York. Boston, Philadelphia, New Orleans. In London, Hyde Park, Regent’s Park, along the Thames, Hampstead Heath, Clapham Common. Oxford. And in Wales, Portmerion, the beautiful eccentric honest-to-goodness real Village from the 60’s TV show, “The Prisoner,” where I imagined I was Patrick McGoohan, running to escape from Rover, the big white balloon that would chase you and smother your face.

Anyway, my left knee. On a visit to Los Angeles–I was living in New York at the time–I felt a twinge. I thought if paddled around in the hotel pool, the twinge might ease up. It didn’t. Back in New York, I saw Dr. Cohen, an orthopedic surgeon. He looked at my x-ray and noted arthritis. It was news to me that arthritis showed up on an x-ray, but there it was. In addition, there was a problem with my meniscus. The knee was swollen, so the doctor drew fluid out with a needle, an exquisitely painful experience. Turns out I’d been pounding too much and too hard on that knee. I’m a Clydesdale, remember?

Dr. Cohen recommended surgery. He couldn’t fix the meniscus, he could just “clean it up,” something that made little sense to me. But I wanted relief.

Around this same time, I was doing leg lifts with ankle weights, to develop lower body strength. Surprise! I got a hernia. An umbilical hernia.

The hernia guy also recommended surgery. After I told him we had to schedule it around my knee procedure, he asked who my orthopedic surgeon was.

“Dr. Cohen!” the hernia guy exclaimed. “He’s a good friend. We can do both surgeries at the same time.”

They didn’t do them at the same time, but rather sequentially, one after the other, in the same operating room.

Follow-up visits to Dr. Cohen and the hernia guy included more exquisite fluid draining from both knee and naval. On one of those visits I asked Dr. Cohen if I could start running again. In response, he said, “That depends on how often you want to keep coming back to see me.”

In the 1966 film “Walk, Don’t Run,” Cary Grant comedically strips down to his boxer shorts and pretends to be in an Olympic race walking event, just so he can comedically talk to Jim Hutton, a legitimate competitor, about his love life with Samantha Eggar, while everyone around is comedically doing that race walk.

Back to that walk, with hip action which, to many people, looks like the competitor desperately needs the bathroom. The hips come into play as a source of power, because both feet are never allowed to leave the ground at the same time. That would make it running. That would get you disqualified. Race walking is, as a result, low-impact. It’s easier than running on backs, feet, ankles, and knees. It seemed a logical choice for a Clydesdale.

I wasn’t ready to give up racing.  I decided I could do race walking. In my mind, I made peace with looking silly. Hey, one time onstage I played Dr. Scholl, who accompanied himself on the accordion while he sang about foot care. I was no stranger to silly.

I had one session with a race walking coach in Central Park. She gave me the basics–land on the heel of your leading leg, the leg that must be kept straight until your body passes over it. Keep your arms bent at a 90-degree angle, and pump them back and forth like they’re part of a steam engine. Cup your hands lightly, as if you’re holding a potato chip in each hand.

It was a lot to learn. I thought I had achieved a reasonable mastery of the form. I was wrong.

I walked a half marathon in New Orleans, one of my favorite racing cities. The course is flat and fast. I was slow, but I didn’t mind. At the finish line, they served Abita beer and red beans & rice.

Then came COVID. Rather than walk in Central Park, I stayed inside. In those early days, we weren’t sure if you could catch the virus outside from a runner who passes you, breathing heavily.

My wife and I moved to Chicago. And after sitting inside in lockdown for so long, I was ready to get moving again. I sought out a group of Chicago walkers who met every Saturday at the Lincoln Park Zoo. They were a welcoming bunch, mostly mature ladies. Which was only natural. Let the foolish young people pound on their knees and hips and spines. Eventually, they’d join us.

After a few months, I signed up for USATF (United States Track & Field) certified race walk race. Compared to every other race I’d participated in, this one was sparsely attended. Oddly enough, many of the racers were young, coming from a single suburban high school. They were a race walking power, which seems quaint, not unlike hearing medieval music played on medieval instruments like lutes and sackbuts. That may not be the best analogy. I just enjoy using the word sackbut whenever possible.

All race participants would be judged on form. Judges stood at various points along the course. They’d flash a paddle at you if they saw a violation. Three violations and you were out.

I couldn’t stop bending my leading leg. I got three violations.

It didn’t take me long to realize how little I cared about mastering race walking form. I’d rather do my imperfect walk in running races. Even though I’d be at the back of the pack, I’d still be a part of race day excitement, and I wouldn’t be judged by people holding paddles.

Turns out there’s a name for what I do now: power walking. This year I’ve power walked 5k’s, a five-miler, a ten-miler, and a half marathon. I’m looking forward to two 10k’s coming up. One of those is a turkey trot.

I’m hugely grateful that these old legs and this old Clydesdale body can still move me across the finish line. So far I’m not bothered by arthritis or meniscus issues. I hope I have another handful of years of racing ahead of me. And when I don’t, when it’s time to hang up my walking shoes, who knows what I’ll do next?

Maybe I’ll take up the sackbut. 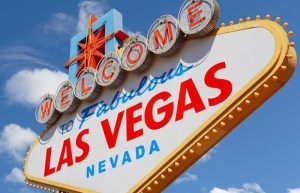