Speaking as someone with no qualifications whatsoever to discuss childhood development (aside from having once been a child), it seems to me there’s a point in a person’s growth—around age nine, ten, or eleven—when parents or parental figures are no longer the most important adults in said person’s life. Young humans then turn to the outside world in search of figures to model and adore. These figures may be from the world of sports or from entertainment. For my wife Charlotte, it was the Beatles, especially Paul “The Dreamy One” McCartney. For me, it was Sean Connery as James Bond.

I was nine when James Bond became a part of my world. I was not a athletic boy, not interested in sports, but I fueled my interest in Bond the same way a baseball fan would follow his heroes: bubble gum cards.

I cherished my thick stack of cards with scenes from the first three Connery’s: Dr. No, From Russia With Love, and Goldfinger. To be clear I hadn’t seen any of the films, only the cards. I’d look at the black and white pictures (covered with a light dusting of pink bubble gum powder), pictures of Bond fighting Red Grant in a train compartment, or Bond fighting Oddjob in the vault at Fort Knox, and dream of how these scenes might look in color, on the big screen, without bubble gum dust.

A few years later my dream came true. It was a Friday night and I couldn’t sleep. I might as well have been three years old on Christmas Eve, waiting for Santa. I knew the next afternoon I’d be watching a double feature at the Mode Theater in downtown Joliet, Illinois: the re-release of Goldfinger and Dr. No.

Goldfinger was all I’d hoped for. I found the tension in the fight with Oddjob deliciously unbearable. In addition to seeing my trading cards come to life, I could now put images to John Barry’s gorgeous soundtrack, which I’d been playing incessantly. More on John Barry and favorite Bond movie moments later.

After the ecstasy of Goldfinger, Dr. No was a letdown. Today Dr. No feels painfully slow. A lot of Goldfinger does too. No matter. I was hooked.

How do I account for my infatuation with Bond? Certainly, the latching on to a significant adult beyond parents has something to do with it. But Bond isn’t exactly a role model. I think it has more to do with the fantasy world he occupied. I’m an only child; fantasy is comforting to me. And clearly Bond works on that level for many other people.

I’m calling this blog, “A Slight Obsession” because my obsession pales in comparison to so many others. I have no 007 tattoos. I did not not name my son Blofeld. There are dozens, perhaps hundreds, of Bond-related accounts on Twitter and Instagram. One IG account comes to mind: jamesbondcollectables. 851 posts, never the same one twice, of lobby cards, paperbacks, action figures, miniature Aston Martins, you name it. The owner must keep his memorabilia in an airplane hangar.

Much of the Bond discourse on social media involves discussions of who was the best actor to play Bond, what’s the best film, best villain, best Bond girl, and so on. I’m not going to play that game—no, I lied, I’ll play that game a little later. First I want to share memories of personal Bond experiences.

In 1989 I was performing a revue of some of my songs at the Plush Room in San Francisco. The revue, entitled Perfectly Nuts!, included my take on a James Bond movie theme: Mr. Evil.

MORE EVIL THAN ANY MAN

AND HIS NAME IS

This was well before Mike Myers played Dr. Evil in the Austin Powers movies. I met Mike at a party before the first Austin Powers was released. I told him I had the perfect song for his spy film. He smiled indulgently. “Thanks, but Quincy Jones is doing something for us.” Okay, I thought, if you want to pass up a sure thing with a talented unknown, that’s your business.

One night after our show in San Francisco, the cast was having drinks at Lefty O’Doul’s, a late-night sports bar, sadly no longer in existence. I found myself standing next to a distinguished British gentleman wearing a blazer with a crest on the front pocket. After exchanging hellos, he introduced himself as Guy Hamilton, director of four Bond films, including Goldfinger. I recall little of our conversation—we were both toasted—but I do remember he declared John le Carré a superior writer to Ian Fleming. Was it really Guy Hamilton, or just a Brit having me on? If so, how could he possibly know about my Bond obsession, unless he’d seen us perform Mr. Evil, unlikely because our houses were mostly empty. All in all, I’d say it was my brush with Bond greatness.

When I was performing the Bicycle Men at the Edinburgh Fringe Festival in 2005, and after too many late-night pints, I decided to get healthy and visit my local gym, a gym I loved because it had a full bar. On the walk there one day, I found a plaque marking the artists’ studio where Sean did some nude modeling in his young days. I can’t find evidence of the plaque online. Maybe Sir Sean asked that it be removed.

I remarried in 2019, and thought it high time I have a custom suit made. I went with the three-piece Goldfinger look.

When we went into lockdown in 2020, in my small New York apartment, I took comfort in buying more Bond memorabilia: books, autographed photos, framed sheet music, James Bond socks, a Japanese poster for Moonraker that I couldn’t live without. Oh yes, and cards. Hundreds of cards. They still make 007 cards, only without the bubblegum. I put the best ones in a display case.

Here are my personal favorites:

Bond: Do you expect me to talk?

Goldfinger: No, Mr. Bond, I expect you to die.

BEST HENCHMAN: Oddjob. (I suppose I could have done this whole blog on Goldfinger. However… )

BEST BOND GIRL: Diana Rigg in On Her Majesty’s Secret Service. Because, I mean, come on.

BEST SET: The volcano in You Only Live Twice, designed by the brilliant Sir Ken Adam.

BEST THEME SONG: A tough choice. John Barry wrote so much great music for the films. Oddly, I’m not picking Goldfinger, but rather the instrumental theme for On Her Majesty’s Secret Service, or OHMSS if you want to sound like a cool Bond fan.

Speaking of music, I can still play The James Bond Theme on piano (credited not to John Barry but to Monty Norman). I learned it when I was ten. I can also play the TV themes from Mission: Impossible and The Man From U.N.C.L.E., music I learned a bit later. But The James Bond Theme was my gateway drug, musically speaking.

(SPOILER) Bond may have died in No Time to Die, but he lives on in the hearts and minds and trading card collections of the faithful. 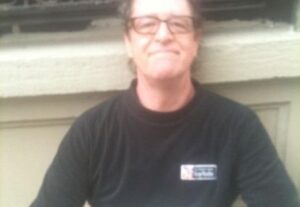